Gene therapy developer Rocket Pharmaceuticals is on track to seek FDA approval for its lead program but it’s also taking care to keep its pipeline stocked. The company has agreed to acquisition of Renovacor, a biotech developing a gene therapy for a genetically driven form of heart failure.

According to financial terms announced Tuesday, the all-stock deal represents an equity value of $53 million, or an implied value of $2.60 for each Renovacor share. That’s a 36.8% premium over the closing price of Renovacor’s closing stock price on Monday but a steep drop from a year ago, when the company went public via a SPAC merger and saw its shares new shares trade on the New York Stock Exchange for more than $10 apiece.

Cambridge, Massachusetts-based Renovacor develops gene therapies for genetically driven cardiovascular diseases. The company emerged in 2019 with an $11 million Series A round of financing for preclinical development of a gene therapy that addresses BLCL2-associated athanogene 3 (BAG3) mutations that lead to dilated cardiomyopathy, a severe form of heart failure. Renovacor was founded by Arthur Feldman, a cardiologist and professor of medicine at Temple University.

Lead Renovacor program REN-001 uses an adeno-associated virus (AAV) to deliver to cells a healthy version of the BAG3 gene. In preclinical testing, Renovacor said its gene therapy led to the production of functional BAG3 protein and improvement in cardiac function. Human testing is the next step. The company has said it expects to submit an investigational new drug application in the second half of this year to support a Phase 1/2 clinical trial. The Renovacor pipeline includes discovery-stage gene therapies addressing BAG3 mutations as well as the expression and function of that gene. The company has also expanded its research to include genetically driven arrhythmogenic cardiomyopathy.

“The acquisition of Renovacor aligns with our strategy to expand our leadership position in AAV-based gene therapy for cardiac disease and gives us a perfect opportunity to continue on our mission to transform the lives of heart failure patients through the power of gene therapy,” Rocket CEO Gaurav Shah said in a prepared statement.

Rocket’s cardiac gene therapy research focuses on Danon disease, a weakening of the heart muscle caused by mutations to the LAMP2 gene. The Cranbury, New Jersey-based company’s Danon program, RP-A501, is currently in Phase 1 testing. In a research note sent to investors, William Blair analyst Raju Prasad said the prevalence of BAG3-associated dilated cardiomyopathy is estimated to be as high as 30,000 patients in the U.S., a figure that is expected to grow with more genetic testing and disease awareness. He added that Renovacor brings synergies to Rocket, as both companies are using AAV-9 vectors to pursue genetically defined targets.

Rocket’s most advanced program, RP-L201, has reached pivotal Phase 2 testing for leukocyte adhesion deficiency-1 (LAD-1), a rare disorder caused by mutations to the gene that encodes CD18, a protein that helps white blood cells stick to blood vessels. Children born with LAD-1 are susceptible to fungal and bacterial infections that can become life-threatening. In May, Rocket reported data showing 100% survival in seven patients 12 months after infusion with the gene therapy. In its report of second quarter 2022 financial results last month, Rocket said it expects to file an application seeking FDA approval of its LAD-1 gene therapy in the first half of 2023.

The boards of directors of both Rocket and Renovacor have approved the acquisition, but approval by shareholders of both companies is still needed. The deal is expected to close by the first quarter of next year. 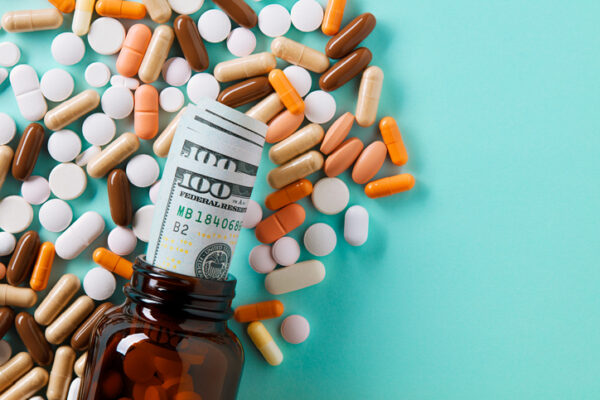 When he worked part-time one summer in a Brooklyn pharmacy, Rahul Kavuru made occasional sweeps of the store’s inventory to find nearly expired drugs and dispose of them.

The high school student suspected the drugs could have been put to better use. Conversations with his peers reinforced the notion and eventually prompted action on what is, in fact, a costly problem for pharmaceutical companies.

In early 2020, Kavuru, his sister and a friend started a nonprofit, Altrui Rx, and built a technology platform to match drug companies with nonprofits that help patients in need.

Their research into the problem led them to conclude that roughly $5 billion worth of medication is destroyed each year at a cost of between $1 and $3 per pound, Rahul Kavuru said in a phone interview.

Drug companies often collaborate with charities to distribute medications they might otherwise destroy. But it is hard for manufacturers to work with more than a handful of charities, said Jasti, who plans to pursue studies in entrepreneurship and innovation.

Altrui’s platform makes it easier to find charities and learn what they need, Jasti said. Drug companies sign in, upload inventory that is near expiration and then pick from a list of organizations where they can send it. The charities are all vetted by Altrui.

Drug companies can then download packing slips and tracking numbers to send their products to the selected charities.

“We are an intermediary in the process,” Kavuru said. “The goal is to bring out more impact and create an accessible portal for these medications.”

Within a few months after its founding, Altrui had redirected nearly $12.3 million worth of medication. Its pharmacy partners include Aurobindo Pharma, Ingenus Pharmaceuticals and Rising Pharmaceuticals, where Altrui’s founders had an inside connection through a neighbor in their hometown of Holmdel, New Jersey. Rahul and Shreya now live in Rumson, New Jersey.

The founders initially spent their own money to build and host their website. But they have gotten subsequent funding from Aurobindo, the New Jersey Health Foundation and the BEN Health Innovation Summit, which is sponsored by Rutgers University. BEN stands for Biomedical Entrepreneurship Network.

They also have started a companion nonprofit, Altrui Education. It provides college counseling services to disadvantaged students. The two charities are staffed by a team of 15 volunteers.

In addition to their work at Altrui, Jasti and Rahul Kavuru run a blog called CompanyRoots, which interviews business experts and entrepreneurs about their experiences.

Over the past three decades, CitiHope has delivered more than $1.5 billion worth of donated medication to people and organizations around the world. The nonprofit has existing relationships with drug companies, but decided to give Altrui a try, Moore said in a phone interview.

This led CitiHope to get connected to new donors using Altrui’s platform. Moore, whose own philanthropic career began when he was a teenager, was heartened to find that the founders of the nascent startup have worked hard to learn more about this charitable niche.

“Every interaction I’ve had with them has been, ‘Can we do this better? How have you managed this in the past?’” Moore said.