Aduhelm’s loss is a win for value-based drug pricing 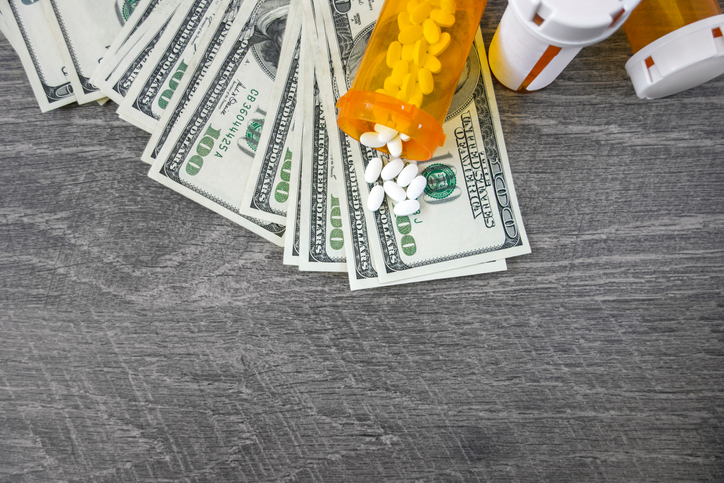 The latest–and perhaps final–blow to the once-promising Alzheimer’s Disease medication Aduhelm came when its maker, Biogen, said it will stop collecting data on patients who are using it. Biogen said this was a result of Medicare and Medicaid restricting coverage so severely that there would not be a substantial number of patients to follow. Even after Biogen cut its original price of $56,000 per year in half, there were very few takers for the medication, which aims to attack proteins some scientists have linked to cognitive decline, in both the public and commercial payer spaces.

Unless something changes, we will never know if this drug–or the more promising beta amyloid-directed monoclonal antibodies that are currently in late stages of development–   could help the thousands of Americans who suffer from Alzheimers. Many who did qualify for Aduhelm can also no longer get it, as Medicare and Medicaid will only cover it if patient data is collected–which is exactly what Biogen says it will quit doing.

Zooming out, there is a lot more at stake than Aduhelm: as more novel pharmaceuticals, including life-saving gene-therapies come to fruition, the danger is increasing that these medications will never actually reach those who need them, due to Medicaid, Medicare and others not covering their high costs.

But the door is opening to change; recently, a rule that restricted Medicare and Medicaid to setting just one price per drug, is supposed to go away; allowing the agencies to set a price range. This means that they could start more easily entering into value-based purchasing agreements for medications, where there is a linkage between pay and performance.

While it may be too late for Ahuhelm, such an arrangement could still be used for other more promising beta amyloid-directed monoclonal antibodies that are currently in late stages of development. This may be the only way to make sure these medications–and the patients they could help–are given a chance.

Currently, the Centers for Medicaid and Medicare Services, the federal program that runs Medicare and works with states to operate Medicaid programs, has stated that if approved by the FDA, the entire class of beta amyloid-directed monoclonal antibodies will be subject to restricted reimbursement like Aduhelm. For example, all accelerated approvals must undergo post-marketing clinical trials, analogous to the stringent requirements imposed on Aduhelm. And even beta amyloid-directed Alzheimer’s Disease drugs that go through the regular approval process must enter a “coverage with evidence development” protocol, which implies that post-approval collection of data in patient registries will be mandatory.

But all this does is place more obstacles in front of patients, and it doesn’t actually do anything productive with the data that would be collected.

On the other hand, value-based pricing would measure the cognitive decline or progress in Alzheimer’s Disease patients on the medication, and, accordingly, adjustments could be made to the acceptable price range of the product. Payers like Medicaid and Medicare could also receive reimbursement from pharma companies if the patients’ lives are not improved.

This differs substantially from the approach of the Boston-based nonprofit Institute for Clinical and Economic Review and others who claim to embrace value-based pricing. Last year, ICER conducted a preliminary analysis of Aduhelm, extrapolating from clinical trial data. ICER concluded that a cost-effective price benchmark range would be between $3,000 and $8,400 per year for early-stage Alzheimer’s Disease patients, which is much lower than the current price of $28,000. But ICER’s assessment was not based on real world evidence beyond the clinical trials, as any true value-based pricing agreement would be.

Aduhelm’s ship has perhaps sailed, with the baggage of the FDA approval controversy, the recent departure of Biogen’s CEO and now the end of following patient data. Nevertheless, value-based arrangements could very much be in play for other beta amyloid-directed monoclonal antibodies, including Biogen/Eisai’s Lecanemab, Roche’s donanemab, and Roche’s gantenerumab–all currently in human trials.

Undoubtedly this would be a major undertaking, particularly logistically. And, getting Medicare and Medicaid to buy in won’t be easy. But, there’s precedent for the agencies wanting to pursue value-based agreements. The Center for Medicare and Medicaid Innovation has the authority to test models which modify Medicare payments for certain high-priced drugs.

And, to illustrate further, at the time of FDA’s approval of the CAR-T therapy Kymriah (tisagenlecleucel) in 2017 – indicated for acute lymphoblastic leukemia – it was accompanied by the announcement of a novel outcomes-based agreement with Medicare and Medicaid, in which those agencies would pay for Kymriah only if patients had responded to it by the end of the first month. Without disclosing why, Medicare and Medicaid quietly backed away from that agreement.

Maybe the substantial unmet need in Alzheimer’s Disease will trigger Medicaid and Medicare to consider alternative approaches to reimbursement. No one should pay for something that doesn’t work, including taxpayers—and those taking these medications. Value-based pricing prevents this.

Value-based pricing could have shown us with more certainty the real level of effectiveness of Aduhelm. Maybe it is worth paying something for; and value-based contracts are the only way to figure that out.

We are just at the beginning of a huge pipeline of drugs, including gene-therapies and other life-changing medications, for conditions long seen as incurable. Having a contract model where price is based on outcome data is the only way to make sure the people who really need these drugs get them–and only continue to take them if they work.

Progress, not perfection: Taking a test and learn approach to Metaverse transitions