Reproductive healthcare is under attack. Precision medicine is more important than ever 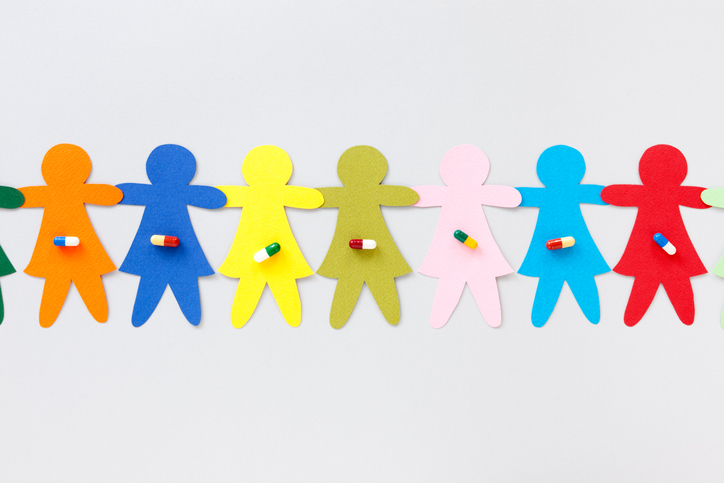 For medical professionals working in reproductive health care – and the patients they serve – the Supreme Court’s decision to overturn Roe v. Wade worsened an already confusing maelstrom for providing care. Although there is consensus among the scientific community that birth control and abortion are critical forms of medical care that help manage medical conditions and save lives, the politics of reproductive health care are beyond fraught. Not only are doctors afraid to provide evidence-based care (they’re trying to squeeze in phone calls to their lawyers between appointments with anxious patients) but patients may now be afraid to be honest with their doctors.

The need for precision medicine in the reproductive health care sphere has never been greater: for much of the country, the risks of unwanted pregnancy are exacerbated by abortion legislation and unscientific political rhetoric around birth control.

It’s no wonder that there’s increasing resistance to birth control. The combination of bad personal experiences – resulting from an insufficient standard of care – with a social climate of misconception and stigma has led many to write off contraceptives entirely.

It can be challenging for patients to separate fact from fiction when it comes to reproductive health care. Missouri lawmakers falsely claimed that IUDs were abortifacients as a way to undermine birth control funding. Several states have advanced legislation known as “heartbeat bills” that purport to ban abortions beginning when the fetus’s heart starts beating, but the laws actually ban it before the embryo has even developed into a fetus, let alone has a heartbeat. If patients solely listened to their political leaders, some of whom do not seem to understand the basics of reproductive systems, they would be in major trouble. Medical professionals are urgently needed to combat misinformation and help patients to understand the complex realities of accessing birth control, and can do so by taking advantage of the benefits of precision medicine.

Using precision medicine can help doctors capitalize on the life-changing benefits of hormonal birth control and avoid dangers for high risk patients through analyzing the patient’s hormones, genetic makeup and other biological markers to make informed choices about which medicine to prescribe. Our dynamic hormone ranges and genetics are unique to each of us; birth control should not be one size fits all. A form of birth control that  could worsen acne for one woman would help alleviate it for another. Some of these differences, like the presence of thrombogenic mutations can be the difference between life or death, and yet, these genetic risk factors aren’t routinely screened prior to prescribing contraceptives. And hormonal birth control, when prescribed accurately, can have a range of impactful health benefits beyond preventing pregnancy: it can help regulate the menstrual cycle, alleviate cramps, PMS and anemia; clear up acne, and is often prescribed for a range of other reproductive health issues. Beyond birth control, moving towards precision medicine in reproductive health care can also alert physicians to potential problems down the road and improve the depth and accuracy of patient care overall.

Even though the waves of legislation impeding reproductive health care access are daunting, this is actually a moment of tremendous options when it comes to contraceptives. The tools and resources are out there for physicians to respond to this challenging time and be galvanized by the urgent needs of patients. Doctors working in reproductive health care have a major task before them, but can be the leaders in advancing the standard of care for birth control, and demanding their patients continued right to the best birth control for their bodies.