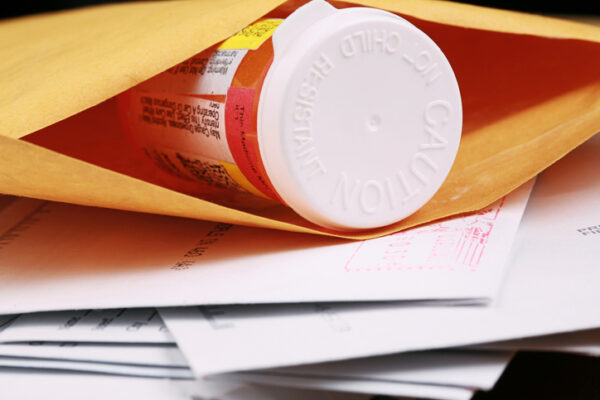 Fast, smart and agile — these are the tenets guiding Phox Health, a company that provides on-demand pharmacy delivery platforms for health systems and telehealth companies. Phox Health aims to close the loop in clinical care by making the prescription delivery process as easy as ordering a sweater on Amazon.

The company’s personalized software automates pharmacy delivery, matching patients to pharmacies and organizing delivery of prescriptions within two hours via its fleet of courier partners.

“Phox has the best of both worlds: they’re attacking a massive pain point but doing it in such a way that supports, not competes with, the center of healthcare delivery — the provider — who now more than ever needs alternative revenue streams,” Branden Fini, senior associate at Providence Ventures and a Pitch Perfect Contest judge, said in an email.

The initial idea of starting a software company came to Dr. Amit Gir more than a decade ago. While in medical school in the Caribbean, he decided to message his patients to remind them to take their medications on time. The idea of a company focused on medication reminders stayed in Gir’s mind for years, but by the time he met coder and application developer Puneet Jain, and they created a medication reminder app, those types of technologies were “a dime a dozen,” Gir said in a phone call.

At that point Gir and Jain almost parted ways — but then, Gir had a thought: maybe independent pharmacies would like to have an app of their own to connect with patients. Gir started cold calling independent pharmacies to see if there was any interest in the idea, and one pharmacy in San Diego gave the company the green light. It was the spring of 2016, and Phox Health was born, with Gir and Jain as co-founders.

The name derives from attributes associated with foxes, namely that they are quick, intelligent and “orange colored like prescription bottles,” Gir said. “We simply changed the ‘F’ of fox to ‘Ph’ to match the phonetics and spelling of ‘pharmacy.’”

The company soon began offering a pharmacy delivery service for a virtual care company that provides care for flight crews. Once a prescription delivery request came in, Phox Health’s care team — which at the time was just Gir and Jain — found independent pharmacies close to the hotels that the flight crew members were staying at. They called the pharmacy and coordinated payment and delivery through their courier partners in the area.

“And that’s where the model that we have today slowly started taking shape,” Gir said.

The company has since expanded its focus to include health systems and their pharmacies. Phox Health first partnered with Ochsner Health in New Orleans, helping them add pharmacy delivery as a flagship feature to their new telehealth service. Phox Health created a custom iPad app for the health system that enables its pharmacy technicians to scan the label of the already dispensed prescription, which pulls the patient’s delivery information off the label, triggering an alert to a courier partner to come pick it up.

“We did our first delivery for Ochsner in August of last year,” said Gir. “We were able to carry them through when the Covid-19 pandemic started. Between February and April, we saw a huge 2400% spike in deliveries.”

This year, Gir resigned from his job as a hospitalist with Oakland, California-based Kaiser Permanente to focus on the company full time. Soon after, MultiCare Health System in Tacoma, Washington, got in touch requesting a pharmacy delivery app and service for their urgent care network.

As its roster of health system clients grows, the company has been able to bring prescription delivery times to two hours or less.

Looking ahead, Phox Health plans to focus on health systems and small-and medium-sized telehealth service providers as its main clients. As patients get used to the on-demand nature of virtual care, which has seen a huge uptick amid the Covid-19 pandemic, the type of prescription delivery offered by Phox Health seems like the natural next step that patients will expect, Gir said. The company can also provide the added benefit of helping health system pharmacies increase utilization.

But Phox Health is not fazed by the technology giants that are getting into the healthcare space, including Amazon, Gir said.

“When people signed up for Amazon Prime, it wasn’t because of all the products Amazon had, it was because of how fast they could get those products,” he said. “The idea of two-day delivery was very compelling at the time. And we want to bring that experience to the health system pharmacy world — but even faster.”

Amazon launched its pharmacy just last week. But Gir and Jain have their pitch to health systems ready.